The Philadelphia Phillies have FINALLY won a series against the Atlanta Braves. Jake Arrieta continues to dominate at Citizens Bank Park and last night was masterful work from Arrieta. Jake pitched 6.2 innings with 7 strikeouts, 7 hits, and no runs as the Phillies defeated the Braves 4-0 on Star Wars Night. 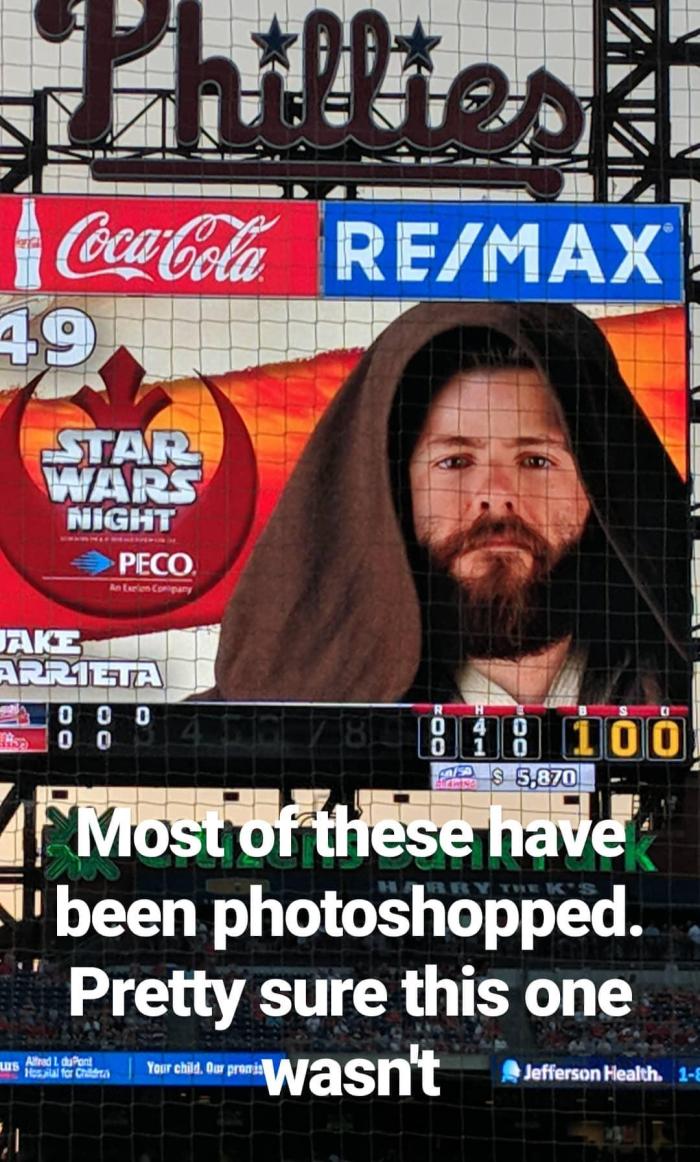 Outside of Arrieta’s Jedi-like work, the Phils went for the more traditional route in using Seranthony Dominguez and Hector Neris to record the final seven outs. Dominguez continues to look SHARP shutting down each batter with the heat he’s firing. Neris looked shaky allowing a hit, a walk, and two fly-outs into left in the ninth inning. Thankfully, no runs were plated and the shutout was completed but it’s seeming that Neris’ days of finishing games are numbered, and that is dropping. The rest of the defense looked sharper than the previous night, a low bar to beat, and despite a few bobbled baseballs, no errors came from the Phillies’ gloves–the Phils still rank 29th in fielding percentage. Jorge Alfaro once again looked fantastic behind the plate and his night defensively was capped off throwing out his ninth runner caught stealing, tops in the National League. He’s quickly rising through the ranks and knocking on the door to becoming a premiere defensive catch. While a hot take, remember, Alfaro is 25 so he stays on this trajectory, we’ll be in good shape behind the plate for years.

Offensively, the Phils manufactured runs! This erased a lot of the criticisms I gave the Phillies in the previous two games where they could barely string together a series of hits and fell back to relying on the long ball (see Monday night). While each of the four runs came in single intervals in the 3rd, 4th, 5th, and 8th innings, respectively, seven of the nine spots in the order accounted for each of the runs. To clarify, those batters either scored the run and/or drove it in. Seven of nine spots! The only two spots that didn’t were Obudel Herrera batting third and Aaron Altherr batting fourth which will need to change. Still, spreading out where runs can be produced from is invaluable, especially the 3 & 4 hitters combine to go 1 for 6 with 2 walks and 2 strikeouts in a game.

The bottom line is that the Phillies are nine games above .500, one half-game out of first place in the NL East, holding down the 1st Wild Card spot entering Memorial Day Weekend, something many national pundits laughed at when Jake Arrieta declared the team’s chance to make a playoff run when he signed in March. #BeBold indeed.

Apologies for getting this up in the afternoon. I watched the end of the Caps/Lightning game and then stayed up to watch the DVR’d Survivor finale. Appreciate your understanding. Let me and Greg know if there are any questions you want us to answer tonight as we’ll ACTUALLY be recording the podcast.