Can you feel that?

Due to scheduling difficulties, the Cold Hard Locks will appear in old school, hard copy form today. Week 4 looks to be a big one with teams looking to solidfy themselves at the top of the standings while others scrap just to simply stay relevant. A new edition to the Cold Hard Locks is the spread and so pay attention cause it spices things up. You know what else spices things up? Jake “the GOAT” Elliot sinking the Giants below the hapless Jets in win totals with a 61-yard BOOM TOWER as time expires. GO BIRDS!

I know Thursday Night is funky but so is Aaron Rodgers. His targets should be healthy as Randall Cobb returns and while Chicago has surprised early this year, the Pack at home should mean a double digit victory.

All the way from London and an early brunch special, grab a mimosa and watch Drew Brees get some serious anger issues out against an overrated Miami squad. Brees hasn’t won a game yet to a defense that leaks worse than the White House.

The Bills could not be a faker 2 and 1. Beating the Jets is meaningless and they caught the Broncos on a let-down after Week 2. Matty Ice in his new home isn’t going to underestimate this team. Julio Jones and Vic Beasley wreck havoc on both sides on the ball and dominate a rebuilding Bills. This is my Cold Hard Pick’Em Lock of the week. 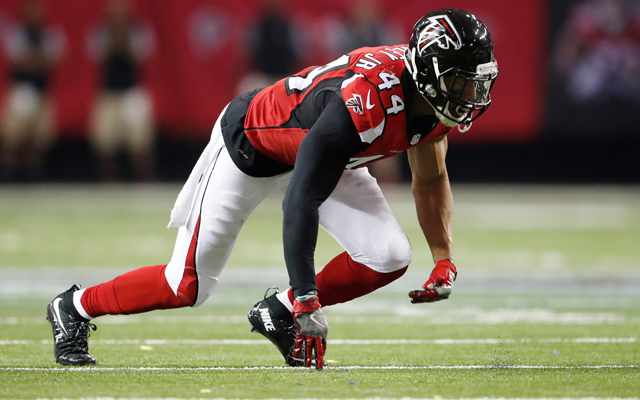 Is an team more desperate to make a statement then Cincy? Their $96 million QB is under fire but a nice game inside home state lines does the trick. The Red Rifle gets to start at least through Week 5 after this one.

G-Man – “Bengals (-2.5) over Browns (almost took Cleveland but I think last week’s Cincy was for real)”

Yeah I hate the Cowboys so this choice makes sense. But there is a lot of turmoil in Big D including a fledging running game. Look for a stout Rams defense led by Aaron Donald and a healthy dose of Todd Gurley to expose this Dallas defense and win OUTRIGHT against Jerry’s boys.

The Lions should have beat the Falcons. This team is for real. The Vikings got the game of his life from Case Keenum last week and while their defense is good, the Lions still have that special magic to pull this road upset out.

Remember Week 1 anyone? Yeah didn’t think so. Tommy Terrific and his new weapons are starting to click, led by Brandin Cooks. Now Carolina is quite familiar with the former Saint but combine him with the rest of this team’s weapons and look out. Not to mention that Cam Newton is looking more like Colin Kaepernick than Superman on the field these days.

The Jaguars can play defense. They spent so much money there over the last few seasons it had to work sometime. Assuming the Jets crash land after last week, I expect Jacksonville to keep riding their international high and win here. Picking a Blake Bortles-led team is dangerous by I mean aren’t the Jets trying to lose?

Wait what? Isn’t this the same Baltimore team that lost 44 to 7 to the Jaguars? Why yes it is. Coming home to play their hated rivals, the struggling Pittsburgh Steelers. Big Ben is downright awful on the road as seen last week and I expect that to continue against a pissed off Ravens defense. Joe Flacco does just enough to see the Ravens surprise the Steelers by a field goal.

DeShaun Watson looked good last week in a game against the GOAT. Divisional matchup with an overhyped and cocky Tennessee squad in Houston. This looks like a trap game and JJ Watt, Whitney Mercilus, and Jadeveon Clowney will feast on Mariota and steal an important victory to keep them in the mix.

The Cardinals win this game but the spunky 49ers scrap out enough to cover the 7 point spread. I like this team and how hard they are coached while I really don’t like Carson Palmer and the Arizona offense. I do like the bevy of Arizona pass rushers and wish the Eagles would trade for Patrick Peterson. Please Howie, work your magic.

Desperate home team, check. Desperate home team in new, undersized stadium who have barely lost their first 3 games, check. But Los Angeles doesn’t have Jake Elliot who will be knocking in field goals from 70 yards out in the smog infested valley. I know Fletcher Cox may be out but between Carson and Jake, the Eagles will drive the Chargers into an unrecoverable 0-4 hole.

G-Man – Didn’t give me his pick because he isn’t nearly as big of a fan as I am. How could you forget to pick your hometown team? This is worse than being a Cubs AND a Pirates fan.

EDITOR G-MAN’S NOTE: THIS WAS A TEST TO SEE IF MATT LISTENED TO THE MOST RECENT BULLPEN CART (download on iTunes). CLEARLY HE DIDN’T HEAR MY EXPERT ANALYSIS. EAGLES COVER THE PICK’EM (-0.5). I WILL SAY THAT THIS GAME HAS SERIOUS VIBES OF A TRAP GAME 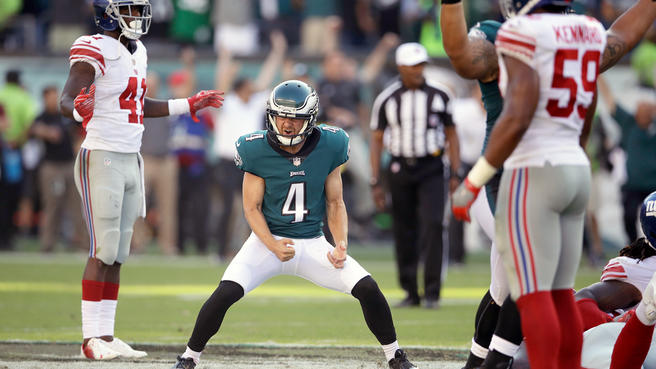 The Giants are getting thrashed in the media and rightfully so but they had my hometown Birds on the ropes in the 4th. The Bucs fell apart last week and I’m not sure Odell and Co is the best medicine to regain their swagger. Landon Collins pops Mike Evans just enough to keep Tampa from running it up and the G-Men get 1 in the win column.

The Raiders, in particular Derek Carr, are bad against Denver. He averages 184 passing yards with a 6 to 4 TD to INT ratio. And Denver is pissed off after losing to a lousy Bills squad. I expect them to swarm the swagger that is Oakland and send this dark horse Superbowl contender into a tailspin.

This line is massive at -13 favoring Seattle. I know they are at home and the Colts still haven’t had Andrew Luck even practice but their offense is atrocious and their defense is starting to remind me on the Cleveland Cavaliers, over-the-hill and overhyped. Seattle does win but by a single score as they continue to back their way to a division title.

Kansas City is the real deal with legitimate playmakers across the offense and defense and they make another statement Monday night. Tyreek Hill and Kareem Hunt are downright scary and the most dynamic playmakers Andy Reid has had since DeSean and Shady. 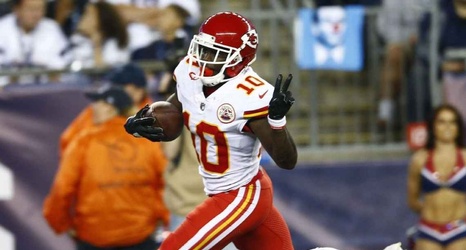