The Dormie returns for the Open Championship. So much has happened since the US Open. Congrats to Dustin for redeeming himself in a wacky US Open at Oakmont. A number of players have dropped out of the Olympics which has been met with controversy about the sport even being brought back in 2020. For those that don’t know, the Olympic Golf Tournament has greatly affected the usual schedule of events this year. The Bridgestone Invitational, usually held in August the week before the PGA, was held two weeks ago and the PGA will be held in two weeks, the week before the Olympic Tournament. I don’t mean to belittle Zika and the players’ worries over the virus, but it certainly gives the players a great excuse to not hop on a plane after a major ends to the fly to Brazil for a tournament that hasn’t been held in 112 years and has little meaning in the current landscape of golf. Rory McIlroy stated today that he wasn’t in it to promote the game, only to win majors whereas Jordan Spieth has felt awful about it. I personally think the back-to-back weeks is the culprit and this should be fine in 2020. Anyway, let’s get to the British… 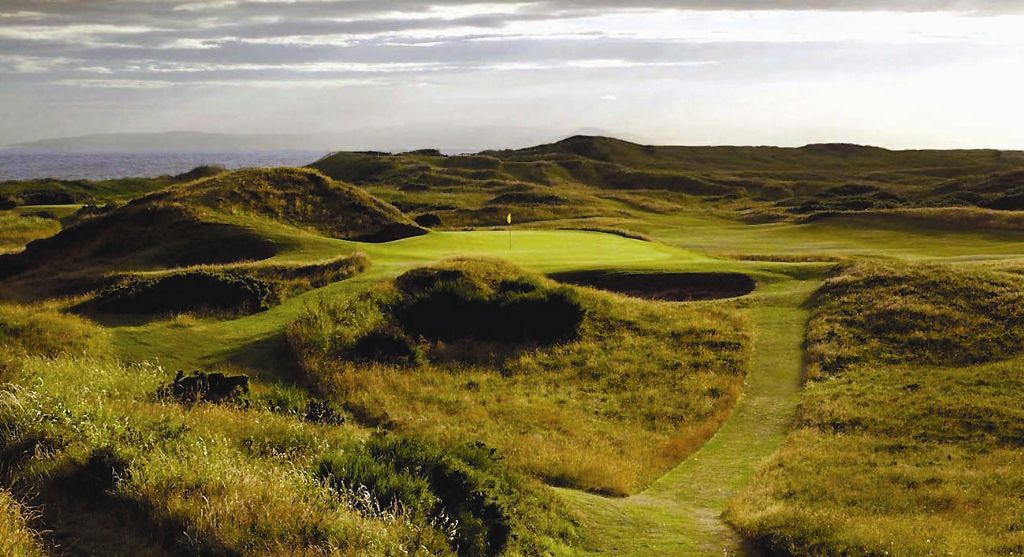 The Open returns to Royal Troon for the 9th time in the tournament’s long history. The most recent six tournaments at Royal Troon have been won by Americans beginning with Arnold Palmer’s win in 1962. The streak includes Tom Watson’s 4th Open Championship in 1982 and most recently Todd Hamilton defeating Ernie Els in a playoff in 2004. The hole above is the iconic Par 3 8th hole “The Postage Stamp” which features a tiny green (measuring around 39-square meters). Every hole on the Old Course has a name just like many courses. The longest hole in Open Championship play is the Par 5, 601-yard sixth hole, “Turnberry.” The 18th hole, “Craigend,” is regarded as one of the toughest holes in the world. Royal Troon has yielded its champions with scores under par (most Opens do), but this should still be a great test for this week’s field. Royal Troon avoided serious controversy before this year’s tournament by allowing females to their membership. Before the ruling, the R&A (Britain’s USGA, only much better) threatened to remove Royal Troon from the British Open rotation.

At 156 players, the Open is certainly is one of the largest fields in golf. 16 of a possible 22 past champions are in the field including John Daly (!!!) and champions at Royal Troon: Todd Hamilton (’04), Justin Leonard (’97), and Mark Calcavecchia (’89). No Tiger once again as he still isn’t playing too much golf recently.

Dustin Johnson looks to carry the momentum of winning both the US Open and the Bridgestone into the British. We saw Rory do that a few years ago winning the British and the Bridgestone and carrying the momentum to a stellar PGA win. Rory McIlroy then missed his chance to defend his title last year due to playing soccer with his buddies and messing up his ankle; he’ll play like he’s the defending Champion Golfer of the Year. Zach Johnson, the actual defending Champion Golfer of the Year, was bummed to bring back the Claret Jug but if he can get back to the level he was on in the second half of 2015, he can be the first to repeat in the Open since Padraig Harrington in ’07/’08. ZJ missed the cut at Masters but is appearing to but returning to that form after finishing 8th at Oakmont. Danny Willett, your 2016 Masters Champ, is trending in the right way at the Open Championship. He has two top-15 finishes in the last three years although he missed the cut in 2014. It’s tough to win two majors in the same year, but Willett is the type of player that can score at Royal Troon. Jordan Spieth’s run at the Grand Slam ended at the British last year so he’ll want to continue his quest to a career Grand Slam. Spieth has had an up and down year including multiple Sunday meltdowns so like McIlroy in 2014, Jordan will need to overcome his day-specific woes at Open to win his third leg in the career Slam. And finally my last big contender is Jason Day. My pick for the US Open has had a great 2016 that has had its wins, but not in the majors.

The Cut: +5
The Winner and Score:
As great as it would be for Day or Spieth to win their first Open Championships, I’m going full bias here and taking Rory at -5. It has been raining in Troon, Scotland and the player that can accurately seek the pins will pull away this year. Rory stripes his irons and we’ve seen him play these courses with his driver. Rory walked into this week with a swagger that reminds me of Tiger: all business. That all business attitude will bring McIlroy his 2nd Open Championship and his 5th Major.

Disagree with my pick? Who do think will be in the final groups on Sunday? Let me know in the comments