There is no better pitcher, no player, on the market than Cole Hamels. The beloved Philadelphia ace only increased this notion with an outstanding no-hitter against the playoff contending Chicago Cubs on Saturday. It could be the last time he dons a Fightin’s uniform.

The 31-year old southpaw is more than just a rental for a contending team. Even though it is hefty, Hamels’ contract has another 3 years on it plus an option for a 4th. And while $20 million seems outlandish to us normal folk, it is actually under market value for a top-line starter.

Hamels is having a “down” year in 2015 with an ERA of 3.64 but his advanced statistics show a better picture, especially in light of the fielders around him. Hamels also offers a squad tremendous playoff experience and incredible durability – Cole has pitched 200+ innings in 6 of his last 7 seasons (193 in 2009) and has both an NLCS and WS MVP in his trophy case. Fact is Cole Hamels is a reliable and dominate ace.

With the Phillies in a Ruben Amaro sponsored cesspool, it is time for Hamels to leave the only professional team he has ever known but only for the right price. And it should be a bag full of blue chip prospects and major league ready talent. Let the smorgasbord begin.

The Cubs got to see firsthand just what Cole brings to the mound. Do they have what it takes to bring him to Wrigley Field full time? That depends on what Theo Epstein’s “Plan” allows for. To me, the Cubs need Hamels both now and in 2 years. So do they have the firepower? YES, but it appears they aren’t willing to wiggle. Any Hamels deal needs to include top prospect Kyle Schwarber, the big time hitting catcher out of Indiana. Pair him with rookie Addison Russell and signed, sealed, delivered is Cole Hamels. But it is doubtful those two are both involved. Either one plus high potential minor leaguers RHP Duane Underwood or OF Albert Almora and I am sold. But it appears the Cubs are dragging their feet on this one. 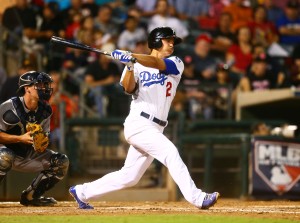 The Dodgers would appear to be to be the best match with the Phillies in a trade for Hamels. They are in deep contention for the World Series and the addition of Hamels would create the best 1-2-3 in baseball hands down as Kershaw, Greinke, and Hamels would terrify the opposition the way Halladay, Lee, and Hamels did back in 2011 (no disrespect for Roy Oswalt). But LA appears to be unwilling to part ways with baseball’s top prospect  SS Corey Seager or the 18-year-old lefthander Julio Urias. I am sorry but to me this is where the discussion stops. Unless the Dodgers toss Yasiel Puig in along with their 3rd and 4th ranked prospects, pitchers Jose de Leon and Grant Holmes. The only other prospect I like is 19-year-old OF Alex Verdugo, but his timeline may not be quick enough. Without one of the top guys, I’d veto this avenue.

The San Fransico Giants have apparently made a late push for Hamels. The issue I see is who exactly are they going to send to the City of Brotherly Love? The only name I have heard tossed around is catcher Andrew Susac who currently backs up All-Star Buster Posey. The kid is good don’t get me wrong but is he alone enough? Keury Mella, Tyler Meede, and Phil Bickford are all nice pitching prospects but none blow me away. And the top two positional players, Christian Arroyo and Lucius Fox, appear to have no guaranteed position which to me is a red flag. So unless Susac along with 3 of those prospects lands at Philly International, the Giants don’t have enough for a Phillies fan.

The Yankees are back which I am the least surprised about. What I am surprised about though is their unwillingness to move top prospects for established stars. This makes any deal here a long, long shot. I LOVE Aaron Judge, who’s 6’7″ frame and impressive power makes me salivate. But the Yankees seem content on not moving Judge, pitcher Luis Severino, or first baseman Greg Bird so unless there is a late darkhorse move, Cole won’t be wearing pinstripes. 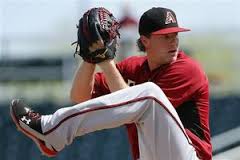 The Diamondbacks are most likely not going to make the playoffs but they are the best example of a team looking at the long term. The issue is that Arizona is an extremely unfriendly park for pitchers and it appears that Hamels will say no to a trade here. But prospect Archie Bradley could entice the Phillies to push Cole to say yes. Still very doubtful at this moment. 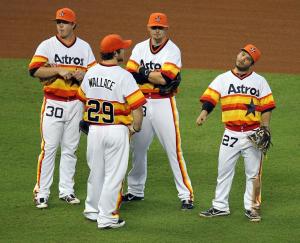 Wait, Cole says no to Astros as they are part of his 20-team no trade list.

Thus we are left with the definite favorite for Cole, the Texas Rangers. Looking ahead to the next few years, the Rangers would love to add a big time arm to pair with Yu Darvish as well as Derrick Holland. More importantly, the Rangers have a plethora of prospects that the Phillies would love to get their hands on. Joey Gallo is the cream of the crop at the hot corner. Gallo is already in the majors playing mostly left field as he is blocked by Adrian Beltre, but if made available its hard to say no to the game’s best power prospect. But if he isn’t, there is still plenty to sink your teeth into. Reports say the Rangers are also unwilling to move another power hitter in big-time prospect Nomar Mazara fellow AA-teammate Nick Williams also projects to the highest level with power skills. Catching prospect Jorge Alfaro is one I really like with a big time bat and a cannon arm although he needs refinement behind the plate (Chooooooooch!). Jake Thompson and “Chi Chi” Gonzalez are the top arms in the Rangers system and both project nicely as starters to pair with the Phillies own Aaron Nola. But to me the less talked about talent is Lewis Brinson who has the power, speed, and instincts to be a 30-30 type player in the outfield. The Rangers can offer the best package if they are willing to part with 3 of these blue chippers. The worst deal I would take is OF Nick Williams, catcher Jorge Alfaro, and OF Lewis Brinson. But I believe if the Phillies agree to take on part of the salary of Hamels that deal can morph into Williams, Alfaro, Brinson, and Chi Chi Gonzalez although that may be a pipe dream coming for a homer. Heck, I’d take two of them. All in all, this is the team to get this deal done.

Chase Utley is my hero. He is my favorite ball player and favorite Philadelphia athlete, although Mike Richards still holds a special place in my fandom. Since 2003 he has manned second base and has always been the favorite to start there in the All-Star game. It was more than just his skills. He played harder than anyone, just watch this inside the park home run against the Marlins.  He stood in the box to get plunked, he hustled on every play, and he never didn’t love the game.

That’s what hurts the most, watching his demise. Utley has never lost that swagger, that heart. But father time has caught up and his knees and ankles can’t keep up with his hustle. This season has been nothing but a struggle for the legend both on and off the field, as his treatment by the front office has been less than warm and fuzzy, maybe even leading to the departure of manager Ryne Sandberg.

So what is next for The Man? Well he has clearly stated that he wants to stay and retire a Philadelphia Phillie. But after what has shaken down, he may have a change of heart. Because he is on the DL at the moment, he cannot and will not be traded until the waiver period, but his large salary and 10-5 rights will keep only the teams searching for a ring involved. The Angels appear to be monitoring the situation and I would expect any team in the playoff hunt to seek a clubhouse leader and proven winner such as Utley. Unlike Hamels though, I do not want to see Chase button up another uniform. He belongs at second base until he can no longer walk. Then again I am sure he could figure that one out too. 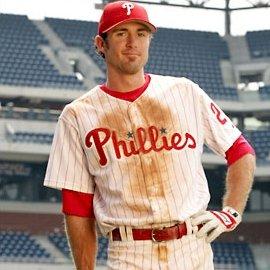