So far I have been a big fan of new NBA Commissioner Adam Silver. He has a quiet confidence about him and he handled the Donald Sterling controversy perfectly, saving the game some serious cultural damage. But my first gripe with him has arisen.

He wants to change the NBA Lottery system. You know, the one that doesn’t let the worst team in the league have the 1st overall pick. He believes that teams shouldn’t be tanking and wants to allow the top four teams to all have equal opportunity for the top pick. 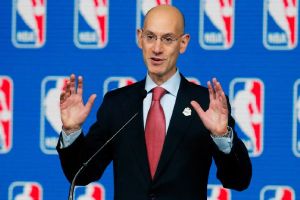 I am fundamentally opposed to the lottery system for a few reasons. First, it leads the massive conspiracy theories (see Patrick Ewing, Cleveland’s 3 first overall picks in 4 years after LeBron’s departure, Derrick Rose, Anthony Davis). Second, it takes away from teams who have been bottom feeders for years. Third, it pushes some teams to NOT make the playoffs to have a shot at a top pick. And fourth, teams are still tanking. Heck some have called this new rule the “76ers Rule”, as my hometown Sixers have decimated their own roster and are using D-Leaguers and 2nd round picks to field their team. Other teams have done the same in the past. 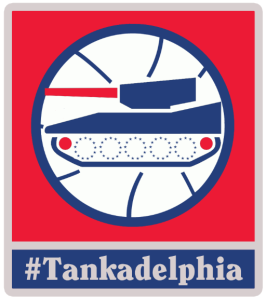 So Silver wants to fix this broken system. But the problem is that he is just putting a Band-Aid on this problem, not fixing the source behind it. Why are teams tanking? The generic answer is so that they can accumulate talent. But look deeper than that. Look at the teams who tank. The Phoenix Suns in 2012, the Orlando Magic when Dwight Howard left, my aforementioned 76ers both in 2014 and will be 2015, the Seattle Supersonics before drafting Kevin Durant, the Cleveland Cavaliers before and after LeBron, the New Orleans Hornets once Chris Paul forced his way out are all examples of teams tanking. But more importantly, which teams don’t tank. The Boston Celtics, the Chicago Bulls, the New York Knicks, the Los Angeles Lakers, and to a lesser extent the now-Brooklyn Nets and the San Antonio Spurs are all teams that never, ever are bad on purpose. Now yes, these teams have bad seasons but that is usually due to injuries or old-age. This is where the fundamental problem with the NBA lies.

The NBA royalty rules like no other. Teams come and go from the top yes. The Miami Heat had a nice run. The Dallas Mavericks and the Indiana Pacers have put together nice teams along with the LA Clippers and the Toronto Raptors. But these teams, amongst many others, don’t sustain this success long term. Even more so, no one outside of local fans and media seems to care. Instead the talking heads on ESPN and other major sports news outlets focus on the woe-is-me, down-on-our-luck Lakers who are “stuck” with Kobe’s contract and the cursed New York Knicks who still sell out every game and the Chicago Bulls who have to “suffer” without Derrick Rose and got spurned by Carmelo Anthony. Let’s recap: The Lakers and Celtics have won a combined 33 NBA titles, 16 and 17 a piece, which is only 49% of all NBA titles. Oh and the Chicago Bulls come in at #3 with 6 titles. Three teams alone capture 58% of all NBA titles.

Let’s compare this 58% success rate to other sports. In Major League Baseball the top three teams (Yankees, Cardinals, Giants) have won a combined 39 World Series out of a possible 109. That’s 35% of all titles with an astounding 27 of those 39 titles won by the Yankees.

In the NHL the top three teams (Canadians, Red Wings, Maple Leafs) have won a combined 48 of 142 Stanley Cups. That is 33% of each Stanley Cup raised up by the team captain.

In the NFL the top three teams (Steelers, Cowboys, 49ers) have won a combined 16 of the 48 Superbowls. That is also 33% of all Superbowl victories.

So let’s compare: 58% to 35% to 33% to 33% across America’s big 4 sports. That is at least a 23% difference. The NBA has no parody. 8 teams haven’t even won a title and another 8 only have one. Please don’t take this as a biased article against the Lakers, Celtics, and others in the NBA royalty. They have done a fantastic job for decades with drafting, coaching, and creating their own brands strong enough to pull in the game’s best and brightest. No, what I have an issue with is how the NBA has allowed such a structure to form. Each year the pundits and experts list the teams that can win an NBA title. It usually floats between four and five teams. And those four to five teams end up winning the title. There are no upsets, no Cinderella stories. No eighth-seeded LA Kings taking the Stanley Cup or out-of-nowhere Tom Brady and Company stealing a title from the Greatest Show on Turf. In the NBA, if the experts don’t believe in you then you won’t win.

But teams are finally trying to fight back. How? By understanding that it is better to be a lottery team than a 7th seed. Spend 5 years in NBA purgatory because unless the front of your jersey says Lakers or is splashed with a shamrock or two horns, you can’t attract the top free agents or the best coaches.

Now the argument can be made that this is changing especially with LeBron’s return to Cleveland of all places. But don’t pass judgment just yet with this new returning home movement. See if other top free agents make this change. I hope they do. 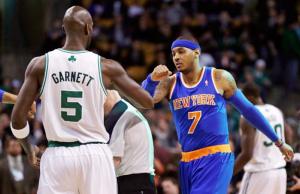 Instead all I see is Melo forcing his way out of Denver to the Knicks. Dwight dunking on the Magic to get to the Lakers. Chris Paul traveling to LA from New Orleans. And now Kevin Love is demanding Minnesota trade him. All of these superstars want to play for only the big market, hallowed legacy organizations. Is there anything wrong with that? Not necessarily, from these player’s perspectives. But the league should see this as a major concern. They are on the cusp of falling to the bottom of the ladder in many 4-sport cities.

What they must do is turn to the NFL. Almost all 32 franchises in the league are incredibly popular and successful. Even the floundering Jaguars are turning a profit with games in London and other ventures. And while players shift teams via free agency, you don’t see Adrian Peterson forcing his way out of Minnesota or Larry Fitzgerald asking out of Arizona. The league has immense parody with new teams making the playoffs each year and everyone has a shot to hold the Lombardi Trophy.

So what can the NBA do to create better parody? For one, create a hard salary cap. Too many exceptions seem to be allowed and the soft cap and sign-and-trades are creating this atmosphere of super-teams and then have-nots. The biggest issue for the NFL’s Seahawks this offseason? Replacing players they were losing in free agency. The biggest issue for the NBA’s Los Angeles Clippers this year? Should we sign Spencer Hawes as our backup-backup big man?

There was no power shift in the Western Conference. The power shift in the Eastern Conference is based solely on one player going to Cleveland. Sure the 7th and 8th seeds may change this year, but the teams capable of winning a title? Same as last year. So instead of trying to change the lottery to hurt the worst teams in the league, why not make it easier for those teams to get back to competing. With parody comes success, just ask the NFL, MLB, and NHL.