“There is a sufficiency in the world for man’s need but not for man’s greed.”

The 26th day of March, in the year 2014, will be known in infamy as the death of college amateur athletics as we know it.

This afternoon the National Labor Relations Board in Chicago (NLRB) stated that Northwestern Football players whom filed a petition to start a “union” because they felt they are employees of the university have had their rights granted.  Peter Sung Ohr, NLRB regional director stated that, [the players] “fall squarely within the [National Labor Relations] Act’s broad definition of ’employee’ when one considers the common law definition of ’employee.'”

ESPN also went on to report, “Ohr ruled that the players can hold a vote on whether they want to be represented by the College Athletes Players Association, which brought the case to the NLRB along with former Wildcats quarterback Kain Colter and the United Steelworkers Union.” 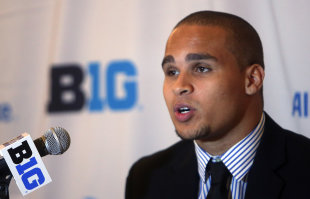 Soooooo…..what does this mean for college athletics?   To this I am not certain.  It has been my opinion from the beginning of this debate that it opens the can of worms.  Does this mean that private school athletes, like Lehigh University, can apply to this ‘union’?  Does this mean that your Club and Intramural athletes, which I am one, can apply to this ‘union’?  To me this means we can!  Why not, we are ’employees’ of the schools, we on our own, even more so than the varsity athletes whom have coaches, schedulers, and professionals to help them, have to: train, diet, be successful in school, schedule our own contests, travel to them on our own dime plus a myriad of other things…while being a student-athlete.

However, I think you need to allow your Rhodes Scholars, your Honors (of all level students) and anyone else with a good reason access to this ‘union’ or one subsequent.  No discrimination, correct?

Maybe I need to get off my high horse or soapbox, etc however it needs to be said.  I truly believe what these men in their hearts is what the think is right.  Not greed as my quote says, yet it has come to this.  The final word is this, you choose to play football, baseball, hockey or whatever sport in college because you wanted to (or you were able to get an education with it)!  Different reasons for different people, however it all remains the same, you wanted to do it and you may have been lucky to do it.  Many could not and many did not unionize…we all have played for the love of the game and nothing else.  Which I can say I have done for many years (maybe not successfully, yet had a hell of a time doing).

Who knows what the backlash will be: ticket and concession prices on the rise?  Pay to play varsity sports to offset union costs?  Or maybe schools will cut programs all together because their ‘union’ dues are too high.  Regardless, I will mourn the loss of college athletics, ever 26th of March from now till eternity….truly a sad day.

Agree or disagree this has been the Presidential Address, thank you for your time, God Bless these United States of American and most importantly this ThunderBlog.

I am Jarred S. Barnes and I approve this message.