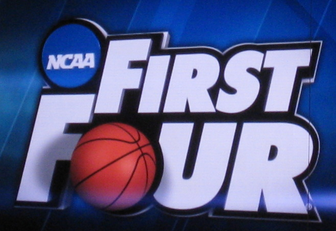 Before we start, don’t forget to join THE THUNDERBLOG’S Bracket Pool on Yahoo! Here’s my post with the link and password.

Today marks the beginning of the journey to the Final Four, and it begins with the First Four. Technically the First Four is the first round of the Tournament, rather than being a play-in round, and Thursday is the Second Round, despite it being the first full round of action. That really annoys me. This is a play-in, for the most part, it is four games today and tomorrow compared to 32 that will be played over the course of Thursday and Friday; that is one-eight the size, not a first round. Don’t say anything about 5% or significantly significance because that sample size is way too small.

The concept of the first four is pretty intriguing however. Four of the eight teams are the schools ranked 65th to 68th while the other four are the “Last Four In,” a concept that until the tournament expanded in 2011 seemed pretty unnecessary compared to its counterpart: the “Last Four Out.” You could make the argument for having the worst eight teams playing in to face the four seeds, making it a true play-in round. You could also argue for having the last eight teams playing the extra game, thus rewarding the worst eight teams for winning their conference tournaments while giving teams with worse resumes a longer road to the Final Four. Their isn’t really any reason to change to the system as it has worked well so far.

Where’d they come from? Albany is the America East Conference Champion making their second straight Tournament appearance and their fourth overall. The Great Danes are 0-4 all-time in the Big Dance. Mount St. Mary’s is the Northeast Conference Champion making their fourth overall appearance and their first since 2008. The Mountaineers are 1-4 all-time, winning against Coppin State in the play-in game of the 2008 Tournament.

What to expect: The Great Danes like to play a slower game drive the lane while the Mountaineers like to speed it up and shoot from behind the arc. In 32 games, Mount St. Mary’s has attempted 797 3-pointers while Albany has attempted 431 in the same span. Despite their love for the three-ball, the Mountaineers are 8-2 when they make seven or less three-pointers.

My Pick: Albany will go on to face Florida on Thursday

What to expect: Both teams are rather young, NC State is only returning two players from their tournament team last year. One player is the ACC’s top-scorer, T.J. Warren, (24.8 ppg) who “[doesn’t] want to repeat” the four-point-effort he did in this same arena last year in NC State’s tournament against Temple. Xavier Center Matt Stainbrook’s playing time will play a big factor tonight as he sprained his knee before the regular ended and was limited in the Big East Tournament.

My Pick: Xavier will go on to face former A-10 Rival Saint Louis on Thursday

What to expect: This will be tough game watch, frankly. Cal Poly made their Cinderella run in the Big West tournament so it’ll be interesting to see if they can keep that going but Texas Southern has the clear advantage. The only advantage Cal Poly has is that the Big West is a tougher conference.

My Pick: Texas Southern will move on to face Wichita State on Friday

What to expect: Iowa had some big wins this year, which is what brought them to the Big Dance, but the Hawkeyes have lost six of their last seven. Tennessee had been riding a six-game winning-streak before falling to Florida in the SEC Tournament. The Vols were able to hold Florida to 56 points but they haven’t scored more than 60 in their last two games. The outcome will depend on which Iowa team shows up: the one who was able to beat both Michigan and Ohio State or the team that has shown up as of late.

My Pick: Tennessee moves on to face the Zoo: UMass

Don’t forget to join the THUNDERBLOG’S Bracket Pool on Yahoo! Check out this post for the link and password

One thought on “NCAA March Madness ’14: The First Four”