Everyone is so Superbowled-out after two weeks of constant media coverage and the New York spotlight. That being said, most are heading to a party for the game today. So here is a quick guide so you won’t be that dumb, unknowledgable person. Remember, life is all about first impressions and who you know. 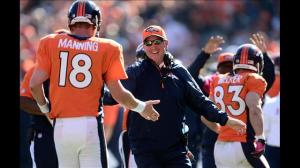 Peyton Manning – Enough said? Ok fine, record 5-time MVP, most TDs in a season, most yards thrown in a season, one Superbowl, smartest to ever play the game, but arm strength has been diminished.

Demayrius Thomas – Big, game-breaking receiver for Manning who will have to beat Sherman on the outside

Russell Wilson – Cool as the other side of the pillow, think an Aaron Rodgers clone, needs to make plays due to lack of recievers

Marshawn Lynch – Beast Mode will need to have success, power-back that thunders around the field, has underrated speed and catching ability

Richard Sherman – Best corner in the game, very physical, has mastered holding and not getting caught

Short story shorter, if you don’t already know these above names, you’re in trouble. But this next section are a few players who will make you look like an NFL insider. 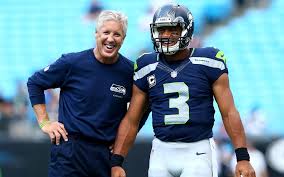 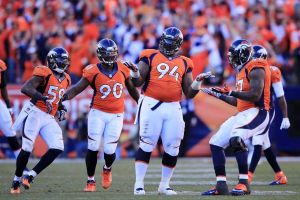 Julius Thomas – The tight end is extremely athletic and runs like a wide receiver. He will need to have success against Seattle’s safeties and linebackers for Manning to have success.

Terrance Knighton – The big defensive tackle has the nickname of “Pot Roast” and he certainly lives up to the title as he tips the scales at 335 pounds. He will be critical in stopping a stout Seattle rushing assault as well as getting to Russell Wilson.

Danny Trevathan – This undersized linebacker for the Broncos has been a rising star all year. One of his main roles today will by spying on Wilson and his scrambling ability. Lots of pressure on his shoulders.

Manny Ramirez – The Broncos starting center was thrust into action due to injury. He has been stellar and maybe the most improved lineman in the league. He needs to have a big day with reads and protection against this deep Seattle pass rush. 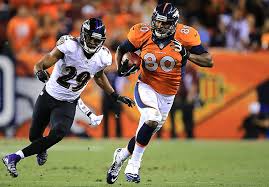 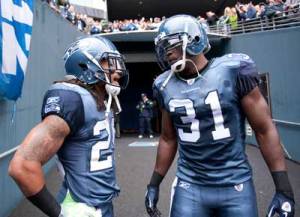 Percy Harvin – After a big offseason trade, the explosive and shifty wideout essentially missed the whole season due to injury. But he is so versatile that he should cause Denver all sorts of issues. He will stretch the field for Russell Wilson and could be the key today.

Bruce Irvin – The former defensive tackle is now the starting strongside linebacker. But he has great pass rushing skills and  lightning-quick first step. Needs to come on the rush to disrupt Peyton Manning.

Earl Thomas and Cam Chancellor – Ok this is a two-for-one deal. These two are the best safety duo in the game and its not even close. Chancellor is 6-3, 232-pound monster that can mask as a linebacker and cover tight ends. His battle with Julius Thomas is critical. Earl Thomas is the game’s best centerfield safety. His closing speed is unbelievable and his smarts are right there too. He will play mind games all day with Peyton Manning and might just be the key to the Lombardi Trophy coming to the 12th Man.

Michael Robinson – I wanted to include Robinson because fullbacks rarely get their due. The former Penn State quarterback is not only a great lead blocker for his buddy Lynch, but an incredible teammate and captain for Seattle. Denver better be ready for Robinson because Lynch won’t be far behind. 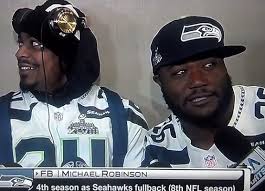