As I pointed out in the last ALUMNI WATCH, the Portland Trail Blazers returned to action last night by hosting the the Cleveland Cavaliers. Luol Deng had a another stellar performance for Cleveland scoring 25 points with 6 rebounds but it was the combined 60 points between LaMarcus Aldridge and Damian Lillard that propelled the Blazers over the Cavs 108-96.

CJ McCollum made his third appearance of the season last night, playing 12 minutes and scoring two points (1 for three shooting) with two rebounds, two turnovers, and a foul. CJ played about six minutes in both halves: going 0 for 1 shooting (his only three attempt of the night) with one turnover, a foul, and -2 while on the floor in the first half. The second half was better for McCollum, he scored his two points and was +4 while on the floor. 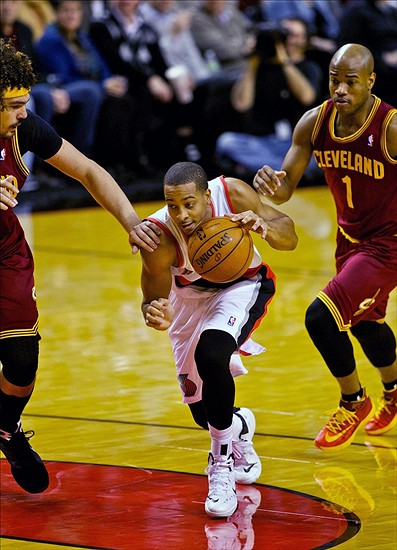 The Blazers now hit the road and will play their next game Friday night in San Antonio against the Spurs. If CJ sees time against the top team in the Western Conference, he’ll be guarding either Manu Ginobili or Marco Belinelli both of whom are in the Spurs’ Top Five in scoring this season. Who knows, maybe CJ can get a hug from Gregg Popovich.