After play two games for the Idaho Stampede last weekend, CJ McCollum was activated by the Portland Trail Blazers on Tuesday. McCollum did not make his highly anticipated NBA Debut on Tuesday night in Sacramento but he did last night at home to a standing ovation from most the 18,949 fans in Portland during a 110-94 Blazers’ victory over the Orlando Magic. “It was nice, I smiled,” McCollum told reporters. “I shouldn’t have smiled, but I did. It was great for the fans to cheer me on like that. I really appreciate it.” 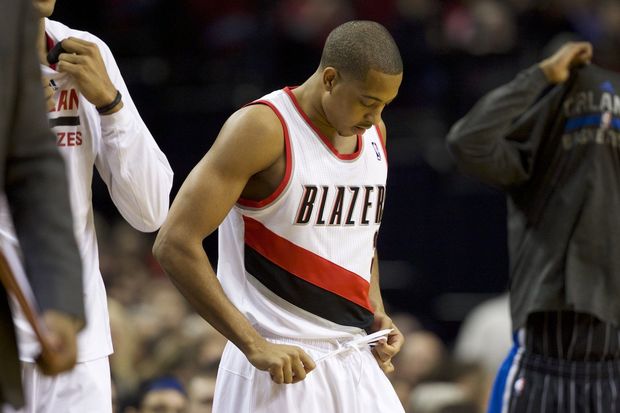 CJ played about 14 minutes last night against the Orland Magic finishing with 4 points (2 for 5 from the field), 2 rebounds, a steal, a turnover, and he was +3 on the points-spread. CJ played very well in his debut, his steal was off of Arron Afflado, the Magic’s leading scorer, and his first basket came from a Nicolas Batum pass, en route to Batum reaching his career high 14 assists. Batum would end up with a triple-double: 14 points, 10 rebounds, and assists. 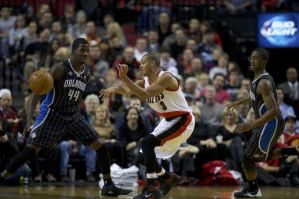 Head Coach Terry Stotts thought well of McCollum’s debut. “I thought he tried to play the game the right way,” Stotts said. “It was a good opening night. It was a physical, fast-paced game. I don’t think he tried to do too much. He executed things well. He made some mistakes, but I thought for a first outing, it was good to get him on the court.” Stotts did not explain what CJ’s role with the team would be going forward.