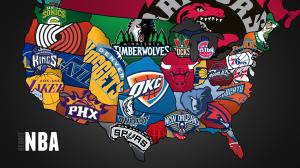 Today’s quick read isn’t about a game, but the 2 trades that were made in the past 24 hours in the Association.
The Main Attraction
Chicago Bulls SF Luol Deng to the Cleveland Cavaliers for C Andrew Bynum, a 1st round draft pick (via Sacramento), the ability to swap 1st rounders in 2015 (only if Cleveland’s pick isn’t in the lottery), and two 2nd round picks (via the Trailblazers for 2015 and 2016).

Wow, if this deal had been made a few years ago, there would be much more fanfare. But Bynum has turned out to be a bum (not talking about his knees) and therefore has becoming nothing but a salary dump. It appears as if the Bulls will waive Bynum before his $12 million kicks in. So he will never suit up for Chicago. Oh how the mighty have fallen.
Many casual NBA fans won’t understand why Chicago traded an All-Star and one of the game’s best defenders for nothing more than a salary dump and a few picks. Because there is so much more to it. First, Deng was in the last year of his contract and the two sides were far apart, especailly with Derrick Rose’s future uncertain. So the Bulls were able to get a return on their investment. Furthermore, Jimmy Butler will step into Deng’s place and, while not the same caliber player, has a lot of upside. By waiving Bynum’s contract, the Bulls get under the luxury cap and will have enough room, if they amnesty Carlos Boozer to fit a max contract come this summer. So with Rose rehabbing, Joakim Noah still around, a potenial top free agent, and a first round draft pick in a loaded draft, the Bulls may not be rebuilding for long.
Bulls’ fans, don’t get your hopes too high. The Rose-Boozer-Deng-Noah core produced at a 62-win pace each year, which is hard to replace. Rose is no gaurantee to come back, you still have to attract a top free agent (LeBron and Melo are out of your price range still), and the picks you got are heavily protected (won’t draft in the top 10). But this does allow you to press the reset button at just the right time.
Grade: A
As for the Cavaliers, they add an All-Star, high character, veteran leader which should help stabilize a very turbulent and disfunctional team. Can the addition of Deng get budding super-star Kyrie Irving, the dissappointing Dion Waiters, the rising Tristan Thompson, and the even more dissappinting Anthony Bennett to start playing better together better? I bet it will. And the Eastern Conference is so weak that it might just put them in the playoffs. But the biggest question is can they keep Deng around after this season? If the answer is no, then the Cavs just lost a draft pick (they still have another). But if the answer is yes, then Cleveland is one step closer to ending their post-LeBron depression.
Grade: A

Dessert
The Memphis Grizzlies get G Courtney Lee (from Celtics) and a 2016 2nd round pick (Thunder). The Celtics get G Jerryd Bayless (from Grizzlies) and C Ryan Gomes (from Thunder, since waived). The Thunder recieve a 2017 2nd round pick from the Grizzlies. 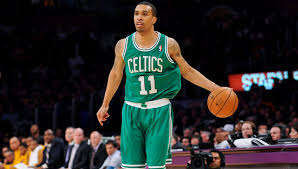 Let’s get the Thunder out of the way. They were in this deal to dump Gomes’ contract and free up a roster spot. Goal aquired.Grade: A
As for the Celtics, they have long since wanted Bayless, the former Arizona product who is only 25 and has shown some promise. Also of importance, he only has a year remaining on his contract while Lee has two more years and $8 million more. The Celtics are playing ok basketball, but are not going to compete with the Pacers or Heat. They will look to continue rebuilding and becoming more financially flexibile. The only downside is losing Lee and the chemistry he had with the team.Grade: B+
The Grizzlies are still trying to overcome the absence of All-Star center Marc Gasol and the promising Quincy Pondexter due to injury. Lee brings them a much better perimeter threat and should fit in nicely. He is shooting almost 50% this season and should provide Memphis with some pop from the outside, something they sorely lack. For the Grizzlies, their season has gone off the rails and at 15-18 in a loaded Western Conference, they are 3 games back, but 4 teams away, from a playoff spot. While I understand the move, I don’t like Lee much more than Bayless plus they are now shackled with his contract for the next 3 seasons. With desicions on Zach Randolph and Marc Gasol fast approaching and the contracts of Mike Conley, Tayshaun Prince, and Tony Allen loading them down, Memphis has become less financially flexible, the biggest disadvantage other than not having LeBron on your team in the current NBA climate. Grade: D