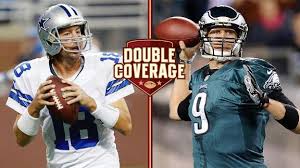 Short and sweet for the last regular season Cold Hard Locks. Anchorman 2 is more important. As it stands after the holiday season:

Matty D is 7-1-1 in the weekly challenge. Is this even fair?

I have pretty much clinched at this point. I would like to first and foremost thank God and my agent…

Dalton has been good at home and the Bengals need to stay ahead of the Colts for the #3 seed. Look for the Ravens to end their championship defense because they can’t run the football anymore.

Meaningless game between two crappy teams. Cousins does no help to his draft stock but Coughlin keeps his job.

Texans can’t lose 14 in a row, this defense is far too proud.

This might be Rex Ryan’s swan song, but I think not. Tough win for Miami that might just put them in the playoffs. Ryan Tannehill is underrated for the work he’s done in South Beach.

Kuechly and that defense too much for Matty Ice and the struggling Falcons. Tough to see Tony Gonzalez go out like this.

Lions have nothing to play for, they are undisciplined as it is, and the Vikings are playing their last game in the Metrodome. I just have a feeling about his one.

Big Ben is perennially underrated, has his Steelers in a fight for that last Wild Card and I certainly wouldn’t want to play them in the first round. Look for Antonio Brown to have a huge impact against a regressing Browns’ secondary.

Seahawks aren’t losing at home twice, not with so much on the line, and not against the Rams. They get a statement win to put the NFC back on notice, the Superbowl goes through the 12th Man.

Rodgers is back, Lacy is still there, and Cutler looked bad last week. This game will be a shootout, but who do you trust more the ‘stache or Cutler? Easy pick for me.

Old-school, smash mouth football. Low scoring affair that sees the Cardinals for 11-5 and not make the playoffs. Wow.

Peyton vs this defense? Enough said.

Patriots just whacked the Ravens and the Bills stand little chance with Thad Lewis at quarterback. Typical New England win as they get ready for their first round bye.

The Saints are being battered by the media and the experts. Brees will have a party in the Superdome as the Saints stamp their ticket.

The Chiefs are locked into the 5th seed and the Chargers have something to play for so I went with the Bolts.

McCoy, Foles to Cooper, Foles to Ertz, McCoy. In between Orton tries to throw. Game, set, match, Eagles host the Saints in round one.