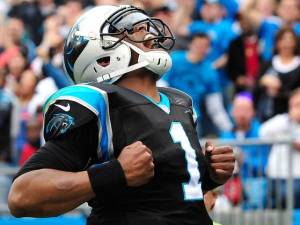 Top of the morning to everyone! It’s a crisp and cool football Saturday and we at the Thunderblog can’t wait for a weekend full of great games. There is a pretty good one today as Lehigh takes on Bucknell in a Patriot League showdown. The G-Man has an excellent preview posted.

This is our second week of Cold Hard Locks on the Thunderblog. Last week saw Matty D lay down the lumber on the G-Man winning the week on Monday night as Geordie inexplicably choose the Vikings over the Giants. Problem is G-Man that the Vikings had a quarterback who couldn’t hit water if he threw a football off a small Pacific Island. But I digress.

So Matty D leads with a record of 8-6 while the G-Man putters in at 7-7. And this week we had a twist with each of us picking 5 college football games as well.

This game is going to be closer than you think and it’s not because I’m not a believer in the Chiefs. They are for real and their defense rivals the Seahawks. But the Browns can also play defense. Joe Haden may be the best corner in the league and a solid group of pass rushers and run stoppers will limit the already conservative Chiefs offense. But the defense will shut out the Browns offense under new starter Jason Campbell. Expect a shutout and Jamaal Charles will do just enough to squeak out a surprisingly difficult win.

This game should be fun. Two of the best offenses in the league with two of the statistical monsters of the NFL as Matthew Stafford and Tony Romo air it out. I’m picking the Lions for two reasons. Reason 1, they are at home. Reason 2, Megatron doesn’t care about triple coverage. This is a fantasy dream come true.

The NFL can’t get a break with these games in London. Steelers and Vikings a couple weeks ago and now this clunker, the 49ers should cruise across the pond. Frank Gore will rumble and the stud defense will shut down the anemic Jaguar offense, yawn.

Do you really expect Tom Brady to lose two in a row? Against two AFC East rivals? Tommy Terrific and Gronk will continue to get synced up and they will roll the Dolphins in Foxboro. I like the Dolphins but Ryan Tannehill has regressed and the running game is struggling.

The Thunderblog is hosting an official tailgate at the Linc this Sunday. Come down and join. Then we can watch the Birds soar again and smack the Giants all around Philly. Vick is back, McCoy will benefit, and the rejuvenated Eagles defense will shut down Eli and the terrible New York running game. Fly Eagles Fly!

The Jets have a good defense; the Bengals have a better one. And the Bengals offense is better than the Jets offense. So the Red Rifle will find A.J. Green and the Bengals stout run defense will shut down the Jets ground game. A couple of picks thrown by Geno Smith will seal the deal.

Watch out, the Steelers aren’t that bad. Big Ben and the defense are too proud. The Raiders are struggling and won’t be able to score enough to keep up with Roethlisberger and the speedy Steeler receivers. Antonio Brown and Jericho Cotchery will each snag a TD grab and Le’Veon Bell will rumble for another.

Peyton isn’t losing again, especially not in Mile High. He will throw for 5 TDs, one to each of his top targets and a late pick-6 by Champ Bailey will finish off the resurgent Redskins and RGIII.

The Cardinals can play defense and the Falcons better know that. Patrick Peterson is one of the league’s top corners and will shut down either Roddy White or Harry Douglas. But the Cardinals have no offense and Carson Palmer will make mistakes. Matty Ice will push the Falcons over the top in this one, but its gonna be close.

Aaron Rodgers is licking his lips. The Vikings have no offense outside of Peterson and the Green Bay knows it. Expect 8 and 9 men in the box all game and little success for the Purple People Eaters. Rodgers will connect with Jordy Nelson for 2 TDs and Eddie Lacy will continue his rise with a short TD run for an easy Packers win.

This game went from bad to worse after Sam Bradford went down for the season with a torn ACL last week. The Seahawks are playing at home against Kellen Clemons and an already anemic Rams offense. This game is going to be a blowout as the Rams defense won’t be able to hold up against a powerful Seattle running attack and the playmaking of Russell Wilson. Lynch will drop 150 yards and 3 TDs on the ground and a defense score will make this game an absolute blowout. Beast Mode, out.

Matt D and the G-Man agree on all the NFL games this week, hmmmmm.

This is our newest segment to the Cold Hard Locks, 5 games of college football to pick. The G-Man has laid out his picks and a nice explanation for each.

#10 Texas Tech @ #15 Oklahoma – After losing to Texas a few weeks ago, the Sooners need this one.  Texas Tech, Baylor, and Texas are all undefeated in Big 12 play so Oklahoma can’t afford to fall two games back.  Speaking of Baylor, the Bears will face both of these teams in the coming two weeks so they will be certainly be tested after an easier game at Kansas.

My Pick for this one: Texas Tech

#9 Clemson @ Maryland – Both teams are coming off loses: Clemson was rocked by Florida State, and Maryland lost a tough one at Wake Forest. The Terps are going to come out tough, especially after squeaking out a win over Virginia two weeks ago.  The Tigers cannot afford to fall two games behind Florida State, who are facing NC State and should get their revenge from last season.

Matty D’s: Clemson (Have to agree, the Terps are overrated)

#21 South Carolina @ #5 Missouri – The Gamecocks are coming off an upset loss at ole Rocky Top last week that put them two games behind the Tigers.  A Missouri win puts their magic number for the SEC East at 1.

#6 Stanford @ #25 Oregon State – Both teams still have Oregon on their schedules, Stanford next week and Oregon State in their final game.  This is essentially a play-in game to a de facto Pac-12 North Championship game against the Ducks, even if Oregon loses to UCLA this week, and especially with

Matty D’s: Stanford (The Cardinal will break the Beaver’s front two teeth off)

Wildcard Pick of the Week

#17 Fresno State @ San Diego State – Fresno State is hoping to crash the BCS, and this should be their biggest test until the WAC Championship.  With a win, SDSU can over take the Bulldogs for first place in the West Division. G-Man’s Pick: SDSU

Vanderbilt @ #14 Texas A&M – For the record, I am a huge Johnny Football fan.  But he is dinged up, the defense couldn’t stop a deer with a cannon shell, and Vandy has some players. Look for the upset here. Matty D’s Pick: THE COMMODORES!